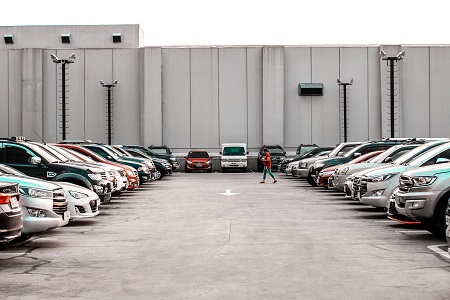 The British Vehicle Rental and Leasing Association (BVRLA) has announced that membership will be extended to include end-user fleet operators, starting from January 2019.

The change was announced by the BVLRA's director of policy and membership, Jay Parmar, to an audience of delegates at the annual Fleet Industry Forum in late September.

Parmar suggested that the BVRLA could help to amplify fleet managers' views during discussions with Government, especially relevant as a result of the organisation's recent negotiations with local authorities around clean air zones.

"It's really important that we collaborate," said Parmar. "That’s why we’re opening up this new category of membership to really give fleet operators access and influence, because we know this sector needs a louder voice.”

First established in 1967, the BVRLA now represents over 900 organisations, its members' fleets collectively making up nearly one in eight cars on the road, as well as one in five vans and trucks.

As a trade body, the organisation collaborates frequently with industry associations, consumer groups, public sector agencies, government institutions and other key stakeholders to advocate for a range of transport, environmental, technology, finance and tax issues.

The move is potentially controversial due to the existence of the ACFO, the industry's pre-established trade body aimed at fleet decision-makers. However, ACFO chairman John Pryor stated that the organisation will continue advocating for fleet managers and collaborating with other industry bodies.

“ACFO has been established for more than 40 years and is acknowledged as the UK’s premier fleet decision-makers’ organisation giving voice to independent fleet operators across small, medium and large fleets as it engages with other fleet and motor industry organisations and government departments and agencies on key issues. That will continue,” Pryor said.

"It has to be acknowledged that, as the BVRLA’s name suggests, it represents vehicle leasing and rental companies. ACFO can see that, at times, there is bound to be conflict when an organisation attempts to represent both suppliers and customers in the same industry.

“ACFO will continue to represent the independent voice of the fleet operator, while also continuing to work in partnership with other industry organisations, which include the BVRLA and ICFM (Institute of Car Fleet Management) with whom it also has strong links."