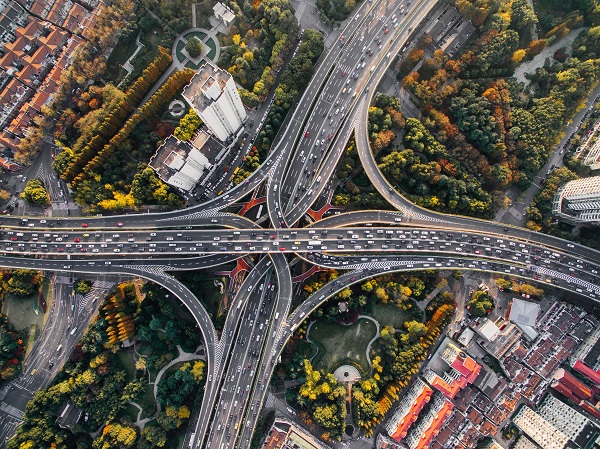 Fleet drivers who choose to ignore warning signs on smart motorways could soon face immediate penalty points on their driving licence, along with an instant fine.

New Home Office legislation will give police officers the authority to fine and penalise drivers that flout the rules and ignore the red ‘X’ signs above certain lanes from 10th June.

The red ‘X’ signs are utilised on smart motorways to denote closed lanes, often due to broken-down vehicles or multi-vehicle accidents that can’t escape to an emergency refuge area (ERA).

Presently, drivers that choose to drive in closed lanes on smart motorways are only fined if caught in person by a police officer. However, this will soon change, with Highways England set to install new cameras to monitor closed lanes during periods of congestion.

The new traffic cameras that catch offenders will dish out automatic £100 fines and three penalty points on a driver’s licence.

Smart motorways have been launched in the last few years to combat congestion nearby the UK’s major towns and cities. The schemes enable motorists to utilise hard shoulders where necessary and variable speed limits help to prevent further accidents in periods of high traffic volume.

Nicholas Lyes, head of roads policy, RAC, believes a lack of education regarding red ‘X’ signs and smart motorways in general is behind the statistics that show almost a quarter of motorists ignore the signs, whether deliberately or not.

Around half of drivers recently surveyed by RAC said they regularly witness other drivers ignoring the red ‘X’ signs.

“Giving the police the ability to use cameras to catch drivers flouting the law is a necessary next step – and is something our research tells us a majority of drivers are supportive of,” said Mr Lyes.

“The simple message for drivers is this – as soon as you see a red X sign, move over into an open lane safely.”

Two-thirds (66%) of the drivers surveyed were in favour of using traffic cameras to catch those who driver under red X signs.

Simon Williams, spokesperson for RAC, said that smart motorways are “now very much part of the fabric of England’s motorway network” and implored commercial and private drivers to take red X signs seriously.

“Red X signs, which denote when lanes are closed, are paramount in safety terms as any stricken driver who has not managed to reach an SOS area is at tremendous risk of being involved in a collision with vehicles that ignore them,” added Williams.